How Much Caffeine In Turkish Coffee?

A cup of coffee is a good way to start a new day or to have a boost of energy during your day. For those people who enjoy a strong and rich taste, Turkish coffee is worth trying. Indeed, this special type has gained more popularity over the world with a robust flavour and unique brewing method.

Caffeine is a natural stimulant that can be found in cacao, coffee, tea, and energy drinks. It can stimulate the central nervous system and brain, thus preventing tiredness and keeping people stay alert. Every day, billions of people depend on this substance as a source of energy. This makes caffeine one of the most commonly added ingredients in the world.

Once taken, caffeine can be absorbed quickly from the stomach into the blood. After that, the substance reaches the liver and becomes smaller parts that would affect different body parts, especially the brain.

Caffeine can block the effects of a neurotransmitter called adenosine, which makes you feel fatigued. More specifically, it may connect rather than activate adenosine receptors. This results in reduced tiredness and increased alertness. Due to these effects, caffeine is usually considered to be a psychoactive drug.

The levels of caffeine in coffee can vary greatly, depending on the following factors:

There is a wide variety of coffee beans available on the market. They can naturally contain varying amounts of caffeine. The two most common varieties are Robusta and Arabica. On average, Arabica coffees have less caffeine than those brewed from Robusta beans.

The process of roasting coffee beans can also affect caffeine content. Lighter options tend to contain less caffeine than darker options. However, the difference is quite insignificant.

The most common coffee brewing method in the world is using a filter or drip. This step helps reduce caffeine content in the grounds, compared to other methods.

A cup or mug of coffee can have different serving sizes, ranging from 30 up to 700 millilitres. Of course, the larger size you have, the more caffeine you take in.

How much caffeine in Turkish Coffee?

Coffee is one of the most popular dietary sources of caffeine. And Turkish coffee is a moderately caffeinated-concentrated type compared to other categories. On average, a cup of 60 millilitres contains anywhere from 50 mg to 90 milligrams of caffeine. Variations can be determined by many factors as mentioned above.

In traditional methods, Turkish coffee is brewed in an ibrik. Once it reaches the desired stage, the coffee grinds will be put into a mug. After the coffee grind powder goes to the bottom, the remaining part can be consumed. Without filtering, the concentration of caffeine in Turkish coffee can be higher than some other preparation techniques. 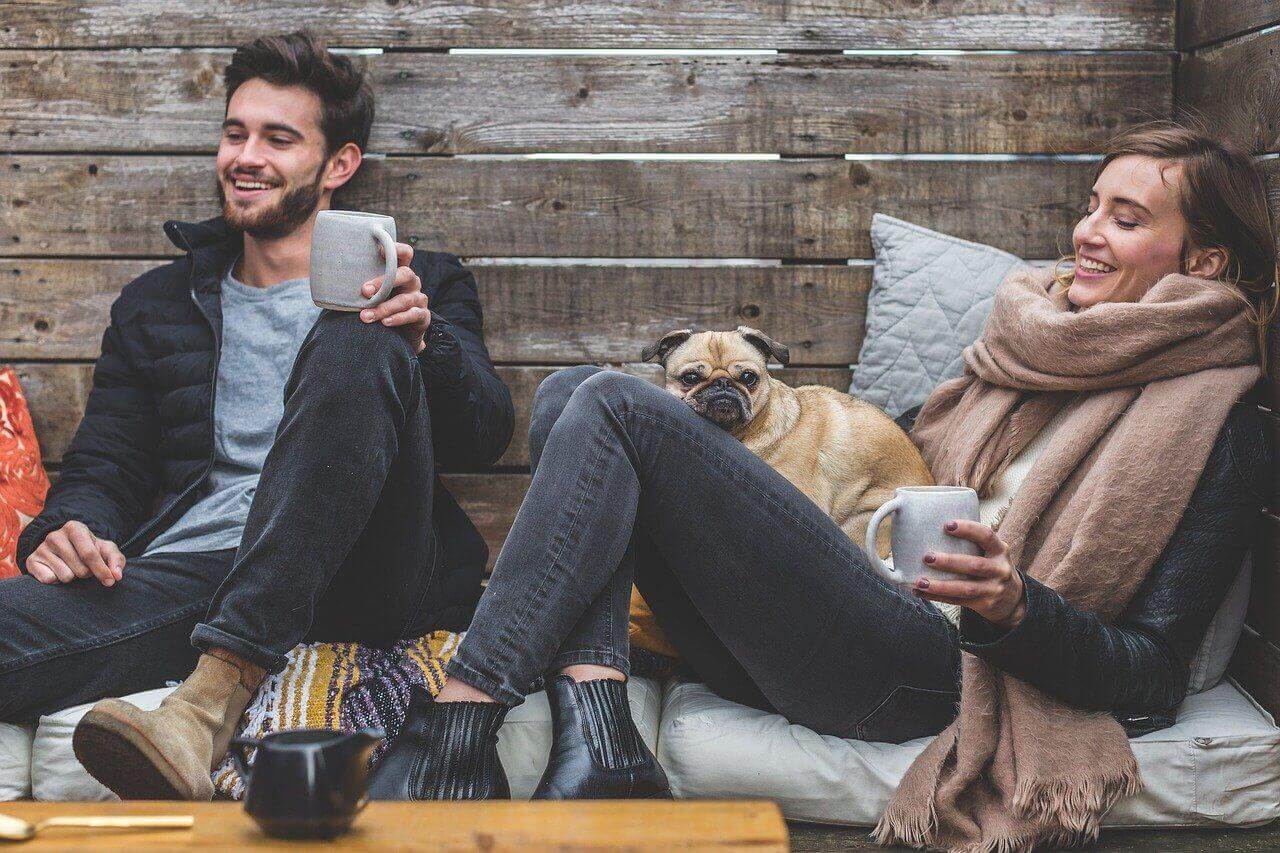 Make people around the world start a new day with coffee for good reason. Caffeine can improve your brain function and mood by blocking effects of fatigue-causing adenosine. Also, it would increase activities of norepinephrine and dopamine, which can prevent mental issues like depression, Alzheimer’s and Parkinson’s.

Due to its capability of stimulating the central nervous system, caffeine can also speed up metabolic rates. As a result, your body can burn more fat, making it a good way to lose weight. Another effect of fast metabolism is better exercise performance. When fat is burned for energy, glucose can be stored in your muscles longer. This helps delay the period needed until muscles become fatigued.

Side effects of caffeine

Despite the health benefits of caffeine, consuming too much in the long term may increase the risk of some adverse effects.

Caffeine can be addictive. Some genetic factors can make many people more sensitive to this substance. When your body becomes dependent on caffeine, there might be some withdrawal symptoms as those in alcohol and drug addiction. These include difficulty sleeping, irregular heartbeat, tremors, restlessness, anxiety, and depression.

Consuming caffeine excessively would lead to high blood pressure, migraines, and headaches in some people. The substance would also easily cross the placenta, which would make pregnant women at a higher risk of low birth weight or miscarriage.

Last but not least, caffeine can interact with a few drugs. Patients who are taking antidepressants or muscle relaxants should avoid caffeine as these medications would increase its side effects.

How much caffeine is enough? 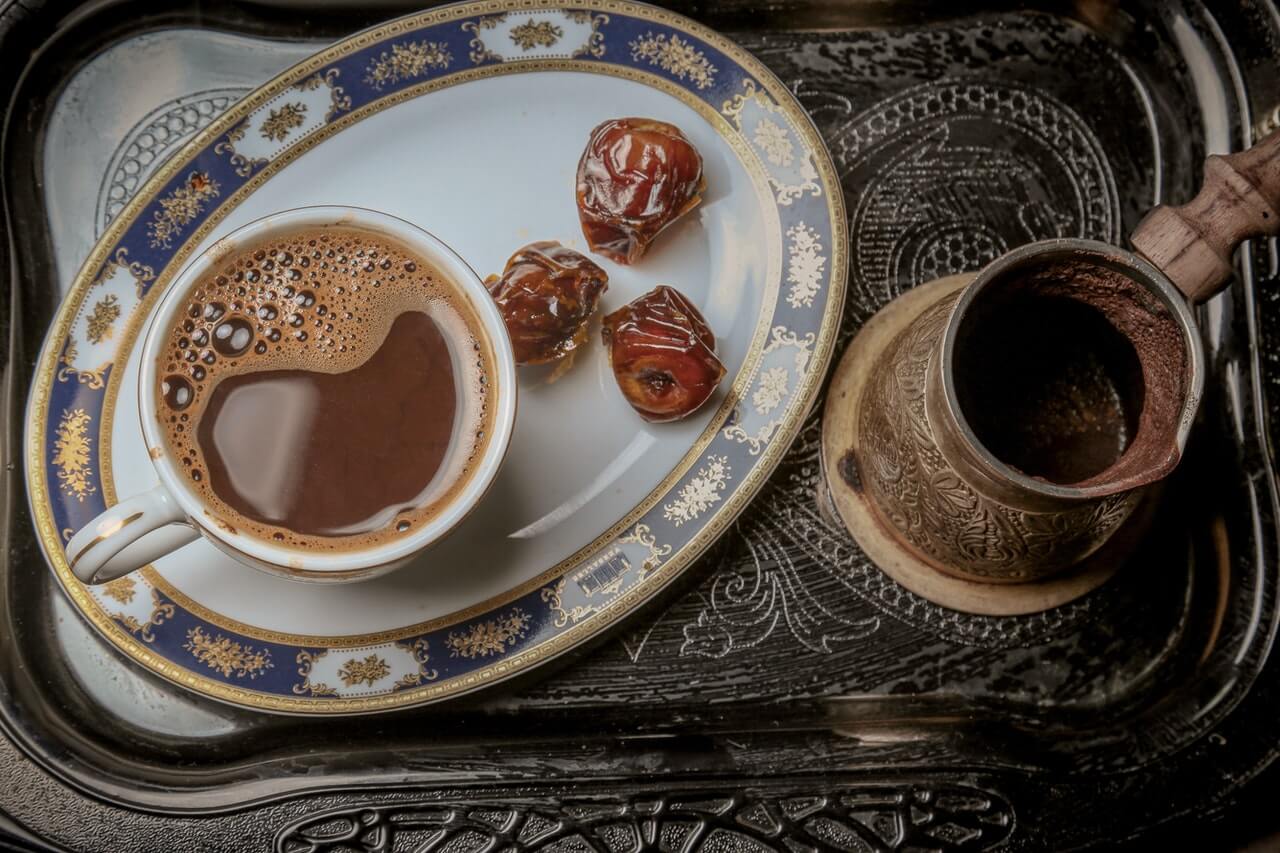 Caffeine can have very different effects on different individuals. Some people feel unaffected after consuming a large amount, while others find themselves very sensitive to this substance. These variations can be due to the differences in their genetics.

On average, taking in around 400 to 600 milligrams of caffeine on a daily basis is safe for most healthy adults. This can be equivalent to 6 milligrams per kilograms of body weight or 4 to 6 average coffee cups per day. Keep in mind that the standard size of a coffee cup is around 250 millilitres.

Keep in mind that fatal overdoses can happen with single doses of 500 milligrams of caffeine. So, it is better to limit your caffeine intake to around 200 milligrams per dose at one time.

Pregnant women should consume even less than this amount to reduce the risk of health issues to the foetus. You need to experiment and see the most suitable amount for your drinking habit.

How to cut down caffeine in coffee?

If you are sensitive to caffeine and do not want to have too many side effects. Below are some useful tips to cut down caffeine in Turkish coffee:

Compared to other beverages, the caffeine content in Turkish coffee is moderate. The exact levels can vary, depending on your brewing method, type of coffee beans, and other factors. It is advisable to consume this drink in moderation to keep your body healthy.