Which Black Tea Has The Most Caffeine?

How much caffeine is in your cup of black tea?

Does your green tea contain enough caffeine to give you the energy boost and alertness that you need to push through the day?

Are the caffeine levels in your cup of black tea, making you jittery and anxious?

All the above are fundamental questions that you need to consider before deciding which type of black tea to take. Getting the right answer for these questions may be a little tricky as the amount of caffeine in tea depends on a variety of factors.

The factors include the variety of tea leaves that you use and the amount of time that you spend in brewing the tea.

So which black tea has the most caffeine?

Which type of black tea has the most caffeine?

Tea is a unique source of caffeine because it contains other compounds such as L-theanine, which is an amino acid that offers you a calming effect. As such, tea drinkers will enjoy the effects of caffeine for a more extended period than coffee drinkers.

A six-ounce cup of black tea contains approximately about 50 milligrams of caffeine.

As a rule, the tea with the most caffeine is the one that has gone through steeping for the most prolonged period and at high temperatures.

Additionally, the size of the leaf will also affect the amount of caffeine to be extracted. For instance, a tea bag with cut leaves will release more caffeine when steeped than full leaf tea because the cut leaves will take longer to steep.

Typically, black tea has the most type of caffeine because it takes longer to steep and at high temperatures. White tea has the highest amount of caffeine in terms of content in the leaves, but it takes the least time to steep.

Apart from the steeping time, the amount of caffeine in tea will also depend on the type of plant and where it is grown.

For instance, Camellia Sinensis is the natural plant used for tea, and it is mostly available in Asia.
On the other hand, Camellia Assamica, which was initially grown in India but has now spread all over the world. Assam teas come from the Camellia Assamica plant.

As we mentioned earlier, black tea has the highest amount of caffeine.

However, this is ironic as black tea is made from the adult leaf of the tea plant, which has the lowest amount of caffeine as compared to tea buds and young leaves.

The use of adult leaves explains why black tea undergoes steeping for a more extended period and at high temperatures.

When you compare Camellia Assamica (Assam teas) and Camellia Sinensis, the former has a higher quantity of caffeine and has a more robust flavor.

Factors that determine the amount of caffeine in tea

Caffeine is a stimulant that occurs naturally in some plants. As much as the caffeine content may not be high as in coffee, tea also comes with some amount of caffeine.

A cup of black tea in the morning works wonders as the caffeine in the drink gives you the much-needed energy to push through the day.

Caffeine also affects your mood, makes you relax, helps your digestive system, and other body functions. Many people enjoy taking tea as it lifts their spirits and clears the mind so that you can concentrate more on tasks.

Some tea lovers love a bit more caffeine in their drinks. For others, they prefer keeping caffeine levels low.

Overindulgence in caffeine can lead to some complications such as insomnia, anxiety, irritability, and so on.

Thus, it is essential to know how much caffeine is in your drink so that you can monitor how much you consume to avoid complications.

So what factors determine the amount of caffeine in your cup of black tea?

1. The part of the tea plant 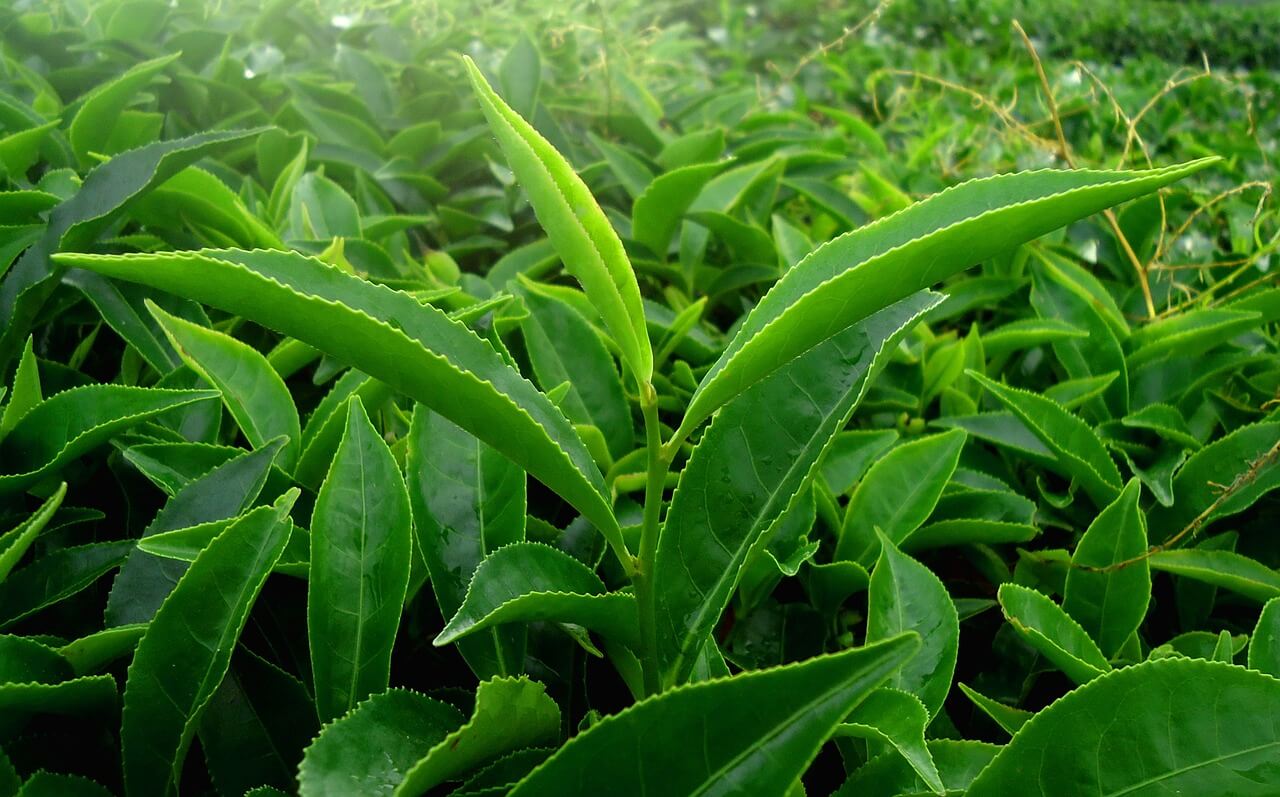 As we mentioned earlier, during harvesting, you get three parts of the tea plant, which differ according to how old they are.

The components include the tea buds, which are the youngest, young leaves, and adult leaves.

Tea buds contain the highest level of caffeine, while adult tea leaves have the least amount of caffeine.

2. The season the tea was harvested

Tea is harvested during different times of the year. For instance, the young leaves are collected at the beginning of the year, and they are not ideal for preparing black tea. The young tea leaves have the highest quantity of caffeine.

As the year grows, the tea leaves also grow, and you can now get leaves that are ideal for making black tea.

Steep time in black tea refers to putting your tea leaves in water to extract the flavor. Ordinarily, three minutes are enough to steep a cup of black tea.

The amount of time you steep can be different depending on the type of tea leaves and the flavor that you prefer.

For instance, using loose tea leaves will require less time to steep, and it gives a better quality flavor. On the other hand, if you use tea bags with broken leaves, it will take longer to brew.

The longer it takes to brew black tea, the more the caffeine that is extracted.

Why is black tea high in caffeine quantity, yet it is made using adult tea leaves that have less caffeine?

It has a high caffeine quantity as it is steeped for long and at high temperatures.

Caffeine levels in your cup of black coffee will also differ depending on the type of plant that is used.

Camellia Sinensis and Camellia Assamica are the most popular plants that are used in making green tea. Sinensis is usually grown in China.

On the other hand, you have Camellia Assamica, which got its name from the region in India where it is grown.

Assam teas are considered to have more caffeine than their Sinensis counterparts.

Caffeine is an essential component of black tea. A cup of black tea in the morning gives you the energy you need to face the day. It also relaxes your mind and keeps you alert so that you can concentrate on different tasks.

However, the amount of caffeine in black tea differs. For instance, Assam tea that is made from the Camellia Assamica plant from India has a higher caffeine quantity than its Camellia Sinensis counterpart from China.

1 thought on “Which Black Tea Has The Most Caffeine?”

Psychologist, writer and a copywriter. I help business owners use conversion focused content to add value to their target audience. A cup or coffee or tea is my secret weapon for enhanced productivity. Learn more about me on: www.bonnieyjosef.com. Connect with me on myFacebook Page: Bonniey Josef.